I've spent the better part of my life working on a model railroad of one style or the other. In between my dad's Lionel layouts, my three or four N scale layouts, there was some On30 modeling, a handful of G gauge cars, and some old HO as well. Add to that Brio, Thomas, and Lego, and there was never a time when there weren't some trains in my life. There were also model cars, boats,  and planes, as well as slot cars in 1/87 and 1/32 scales, the occasional balsa plane, and some 1/35 military modeling.  I enjoy scale models and am never too far away from them.


This latest project, The Pajaro (Paw-haw-row) Valley Consolidated RR, aims to be an around the wall shelf layout in N scale. The PVCRR was a narrow gauge short line set in the Salinas Valley along the central California coast. It began in 1888 to service Claus Spreckels' sugar mill in Watsonville. By 1915, the railroad was at its peak and was servicing a second, much larger, sugar refinery located outside of Salinas, in a small company town named Spreckels. The line also consisted of three branch lines, servicing sugar beet farms, passenger depots, and some limestone quarries. By the end of the 1920s, trucks and buses took much of the railroad business, and the line filed for abandonment. The Southern Pacific took over the sugar mill operations, and the rest of the railroad was abandoned.

My goal is to model the railroad in the early 1930s, with a few changes. First, the line will be standard gauge. Narrow gauge is nice, but I don't know if I'm up to modeling a steam railroad in narrow gauge, with DCC control. Second, I won't completely abandon the PVCRR. I'll run PVCRR trains, as well as SP, ATSF, and whatever else seems to fit.

The current track plan has gone through a lot of changes, and will likely go through some more before construction begins. I've settled on three primary operating locations - the PVCRR yard at Watsonville, the Pacific Coast Steamship Company's wharf at Moss Landing, and the large sugar refinery and small yard at Spreckels.

At this point the original sugar factory in Watsonville was no longer in operation, though the railroad maintained a small yard and engine terminal here. The railroad also crossed the Southern Pacific here at grade, which I will include. I plan to add an interchange track here for operation interest. 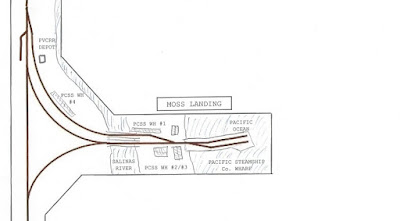 The Pacific Coast Steamship Co maintained a series of warehouses here to store freight before being loaded onto steamships for shipment up and down the coast. When the PVCRR came through town, tracks were added to the wharf to allow for direct shipment of unrefined sugar to the Spreckels sugar refinery located in the San Francisco area, via the PCSS Co. 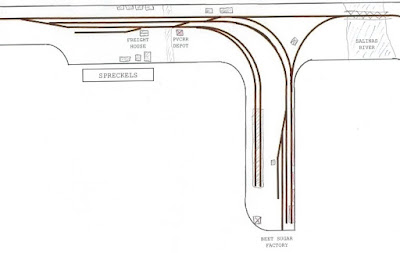 Aside from the large sugar refinery, which will be modeled through the use of building flats, there was a small yard located in Spreckels that serviced a depot, freight house, and operated as a yard for the refinery. The Buena Vista Branch headed south from this yard, and will be partially modeled along the Salinas River.

There will also be one or two additional spurs along the mainline, where farmers loaded their sugar beets for transportation to the factories for processing.

Of course, all of this will change at some point, to some extant.  My first PVCRR project will be a set of Fine N Scale 36' refrigerator and box car kits that I will be building to represent the narrow gauge cars that the PVCRR received from the Carter Brothers when the railroad was incorporated. 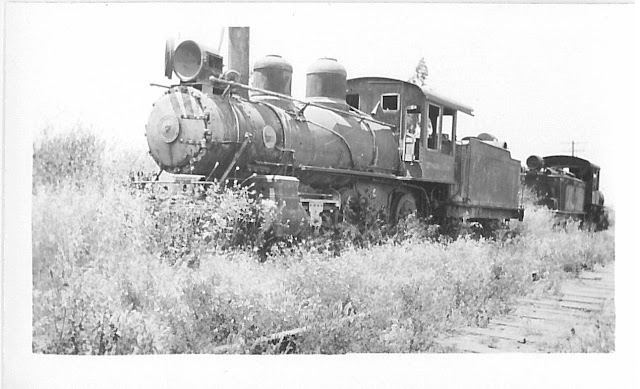 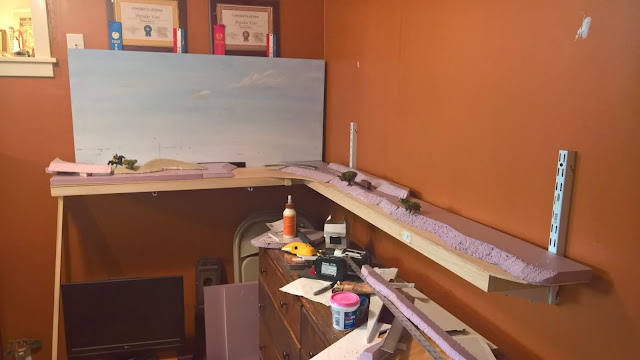 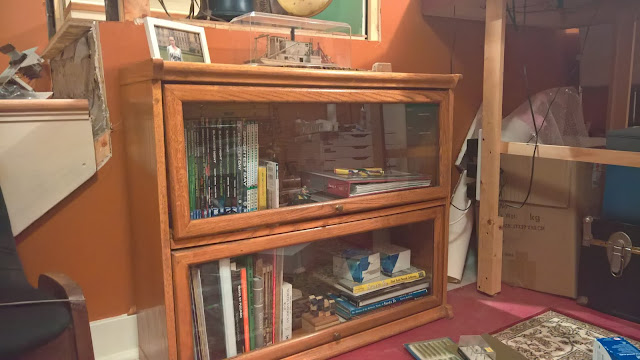