While it had been a frustrating few days, I am glad I built the benchwork in sections.

Due to recent rains, I've had to disassemble the entire layout, as well as everything else in our basement, to address moisture, leaks, mold, and general wetness. I had hoped the occasional wet floor wasn't going to be a major issue, but this of course wasn't the case.

I was able to take the layout down in an afternoon, and temporarily store it in the shed. When constructing the benchwork, I worked in sections outside. Bringing in a section at a time, whenever a new one was built. This meant that removal was done the same way. Each piece was made to fit up and down the stairs, which saved a lot of potential problem solving. The basement is now in the process of being dried, cleaned, and then rebuilt. I'm not sure how long it'll be until things are back up and running. 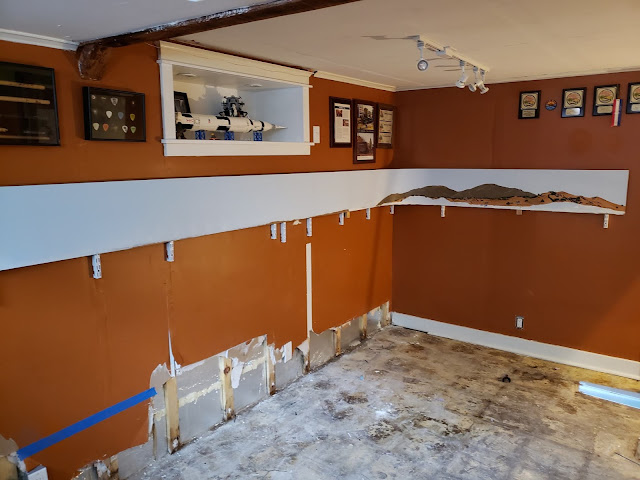 Fortunately, I only had to cut three or four pieces of track. The wiring, like the benchwork, was more or less contained to individual sections, so not a whole lot of damage there. As of today, the backdrop is still attached to the wall, and there's a good chance that'll be damaged in the removal process. 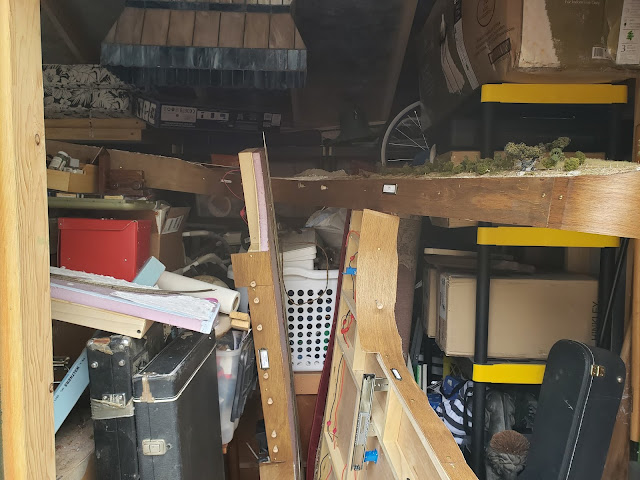 Because of the somewhat urgent matter of finding mold, I had to act quickly. All of my supplies, tools, and projects, are all buried in the shed. Here's hoping I can move back in to the basement sooner than later...
Email Post
Labels: Construction Disaster Layout planning 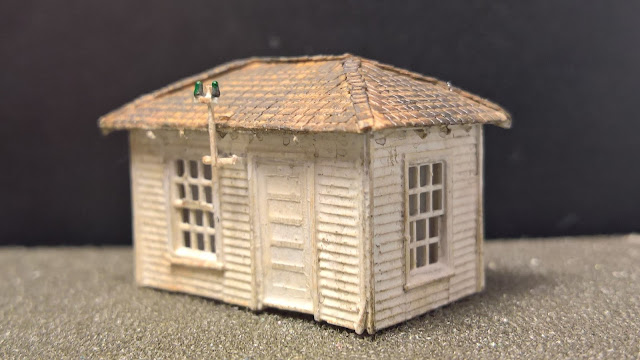 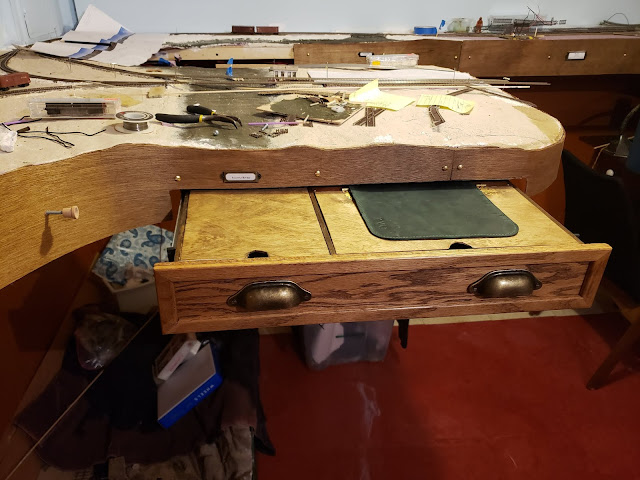 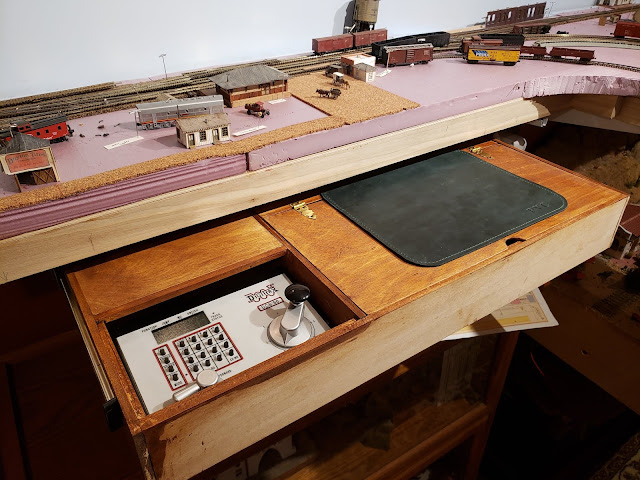